Earlier this month at EDUCAUSE 2019 in Chicago, Lorensbergs carried out research on the drivers and process for new software investment in higher education. Of course, software purchase decisions reflect the reality of institutional funding, with constraints being experienced in many areas. Yet there are multiple demands on what needs to be progressed and achieved. Throwing some much needed light on this are the findings from over 120 IT professionals and faculty, who responded with their experience and opinion of exactly how purchases are made.

We began by asking respondents what was driving their purchase decisions for new software. Student satisfaction and their academic success was rated the highest objective, followed by move to the cloud and achieving cost savings. Here’s the full run down of the results: 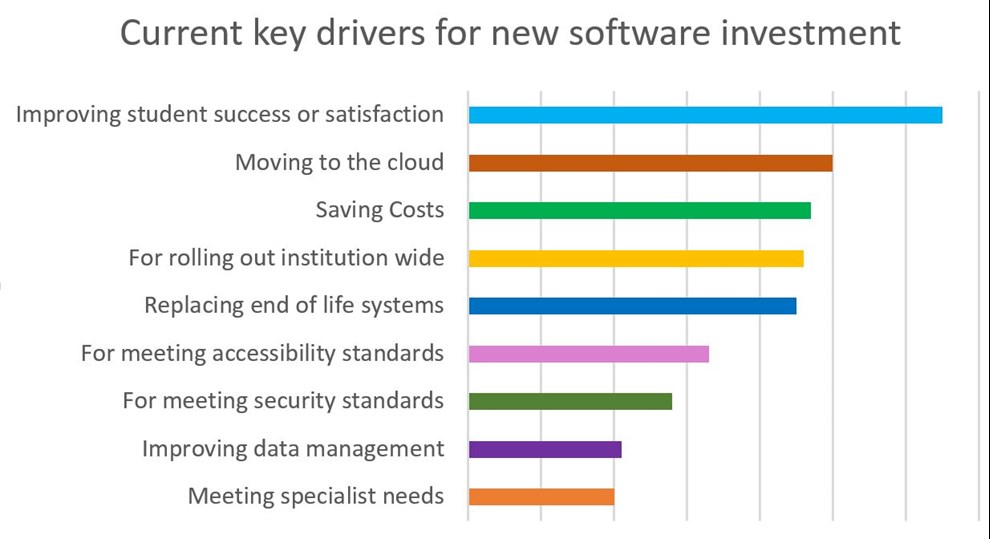 Who holds the budget for new software?

There’s a fair amount of divergence on budget holding for making software purchases. The most common holder of the purse strings is Central IT at just over 40%, but in just under a third of cases the money sits with the relevant department or school. In around a fifth of cases, there’s a combining of funds. Then for a small number of institutions, it varies depending on the situation of what’s being bought. 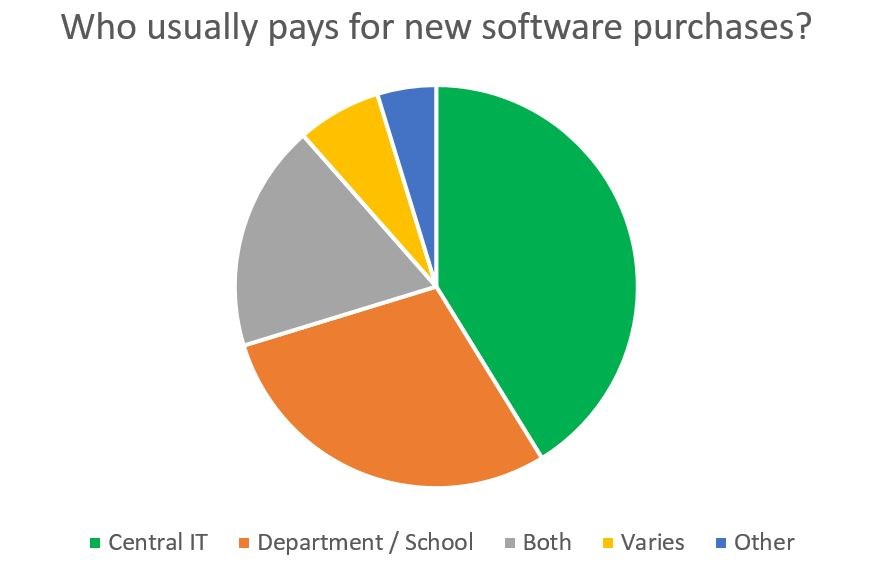 How new purchase decisions are made

The decision-making process for specialist or departmental software is mostly a collaborative exercise. The most common scenario, at nearly 60% of institutions, sees IT colleagues leading on projects and taking a consultative approach with those departments requiring the new software. On the other hand, in around 20% of cases, departments lead on the acquisition with support from IT. Decisions in the remainder of institutions take place independently, mostly within the IT function, with only a few departments deciding and making their purchases on their own. 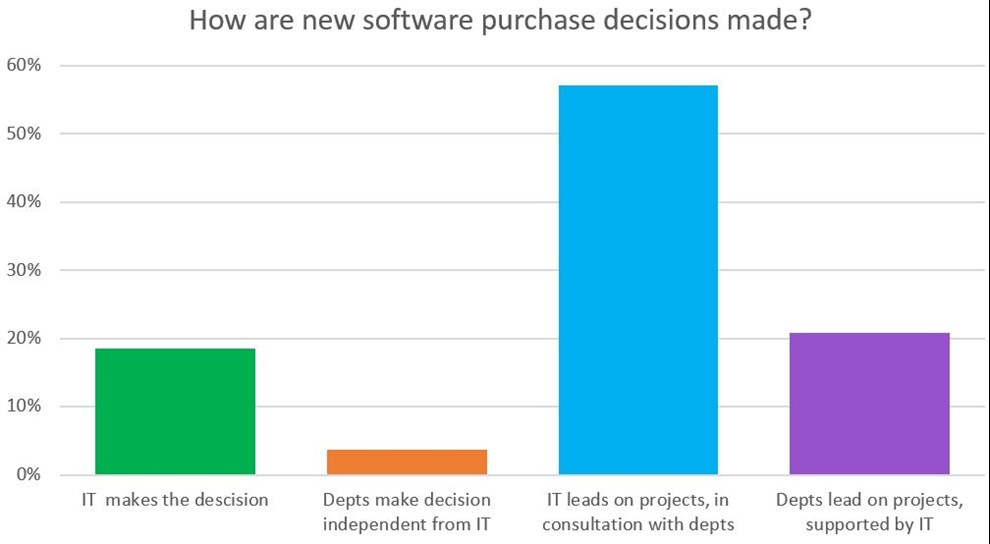 Thanks to all who took part in this year’s research exercise at EDUCAUSE 2019. We hope you find these results useful.

Coming next – survey findings from EDUCAUSE on the top time savers created by equipment reservation software, available shortly on the connect2 blog!